The AALA is recognized as the voice of landscape architecture in Alberta, advocating for the safety, health and wellness of its people, places, and environments.

The AALA regulates the use of the title of Landscape Architect in Alberta.

The AALA provides networking, social and educational opportunities to the benefit of all members.

Find Out More - Read 'The Annual' 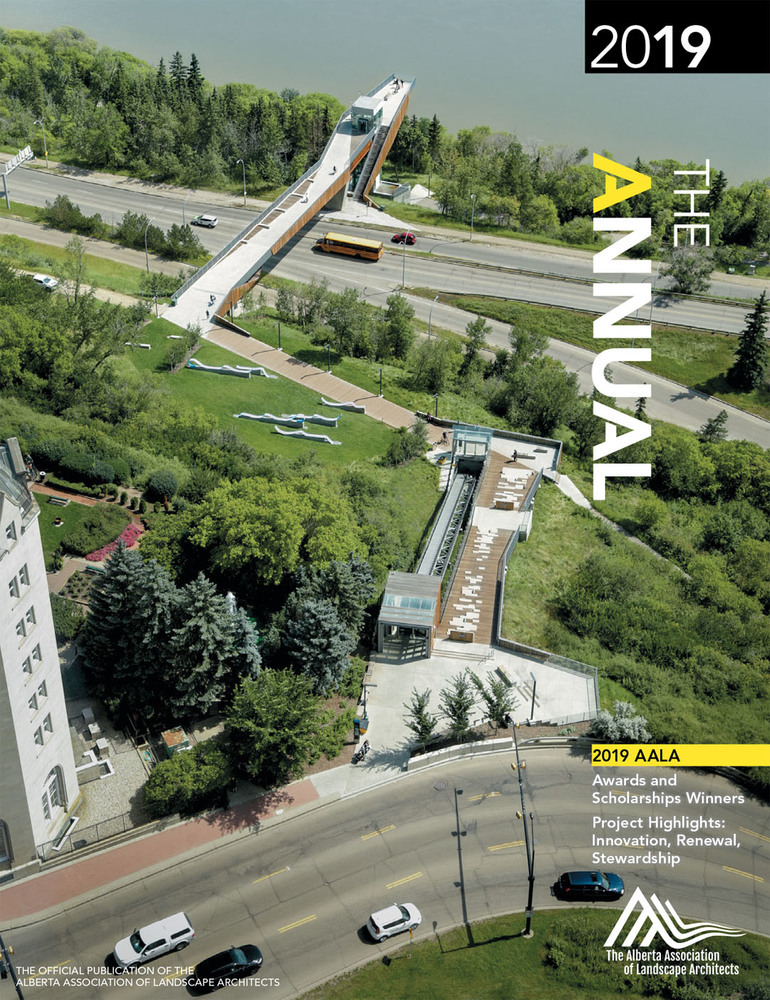 The Alberta Association of Landscape Architects was registered with the Province of Alberta in 1970, after several years of lobbying and pursuit. The very first executive board included Hugh Knowles, Randy Mitchell, Ren Settle, John Burrows, Don Sigsby and Pat Butler.

At the inception of the association, Pat Butler became the first registered member of the AALA. Pat is still an active full member under “Certificate # 1” and continues to be an advocate for the profession in Alberta.

After the establishment of the association, successive executive boards worked hard promoting landscape architecture and pursuing regulated status with the Province of Alberta. The investment these individuals made into our profession has paid off greatly. With the achievement of regulated status in 2010, the Alberta Association of Landscape Architects now boasts over 190 registered landscape architect members, 60 associate members, 60 LAT members and 30 student members.

We are so grateful to those members who have devoted their time to developing our profession in Alberta. Thank you very much, from the AALA!